Storing documents has a long tradition in Zadar, to which the Zadar chronicler Paulus de Paoli from the 14th century bears witness, mentioning the tradition of storing city privileges in the room under the arches of the Bell Tower of St Mary. The first mention of the word "archive" on Croatian soil has been preserved in the document of Zadar notary public Vannes Bernardi from Firmo dating back to 1390, where "archivium communis Jadre" or the archives of the municipality of Zadar is mentioned. At the request of Zadar envoys in 1451, the Venetian Doge Francesco Foscari via a ducala allowed the municiple secretary to arrange the documents in alphabetical order and at the same time ordered that both the municiple and Duke's secretary should each keep one key to the rooms where the documents were stored.

A systematic and organised storing of documents in one place started on 20th September 1624, when the General Providur Francesco Molin, under the authority of the Venetian Senate, established the archives of the General Providur in Zadar, which became a nucleus around which other materials would also later be collected. By his act he determined the activities in the archives, the work of clerks, and the way of work, brought about the regulation of working and protection of the materials and appointed the first head, Nicolo Veglia, the first archivist with a state salary. The premises of the Archives were designated on the ground floor of the Providur's Palace, where during the 18th century the documents of other ruling bodies were stored.

With the beginning of the second Austrian administration (1814) the documents created in the period of the French administration were stored in the Archives. There was a permanently employed archivist, and the institution as one of the departments of the Presidency of the Provincial Administration kept its own departmentof central records which indicated its independence.

At the end of the 19th century, the Archives grew into a very important archival institution producing catalogues, inventories, indexes, review books, which are still used today. In that period the Archives extended with other archival materials which the Austrian administration concentrated in the central archives (eg. archives in the towns of Korčula, Split, Kotor, Omiš, Brač, Makarska and Nin) and gradually the documents created in Zadar arrived, as well as family archives. A quarterly ''Tabularium'' was also launched which was one of the first archival journals on Croatian soil.

After the First World War and the collapse of the Austro-Hungarian monarchy, Zadar experienced difficult times in its history. On the basis of the Rapallo Treaty (1920) between the Kingdom of Serbs, Croats, Slovenes and Italy it was uprooted from the mother country and its natural hinterland and annexed to the Italian Kingdom. Through the centuries the historical capital of Dalmatia, the Seat of the General Providur, Dalmatian Assembly, Government and cultural life of Dalmatia, turned into an isolated island and consequently the Archives in Zadar  shared the same fate. The joint Commission for the implementation of the Rapallo Treaty submitted to Split part of the documents created after 1878 which referred to the area of the newly established Kingdom of Serbs, Croats and Slovenes, while the documents created before 1878 remained in Zadar.

During the Second World War, that is to the capitulation of Italy in 1943, the most valuable archival material, which, according to how Italian historians understood it, should have proved the Italian right to Dalmatia, was transferred to Italy. That material was returned after the Second World War in 1949 on the basis of restitution. In the allied bombings of 1943-1944 the city centre was practically razed to the ground and the building of the Archives suffered extensive damage. The material was moved to the barracks by the Land Gate where after several more moves after the war, in 1966, the State Archives was finally housed. After the Liberation of Zadar (1st November 1944) and the reconnection to the mother country Croatia, the action of the collecting and rescuing of documents from the city ruins, and their placement in the Archives, immediately started. In the post-war period the Archives was the only such institution in this part of the country and it functioned as the State Archives for the most of Dalmatia (except Dubrovnik and Korčula) including Pag and Rab.

Today the Archives have grown into a modern institution with about 600 archival holdings and collections totalling 7.000 metres in length of archival material, while the holdings of the archival library have over 50.000 books, manuscripts , journals and newspapers. The departments and some 30 employees work in the interest of the state bodies and bodies of local government, as well as for physical persons who need information from the rich archival holdings and collections. 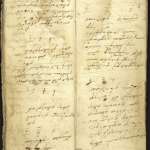 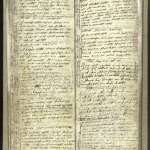 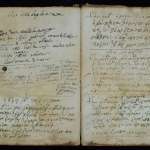 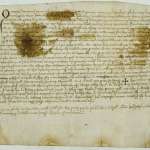 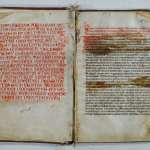 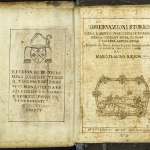 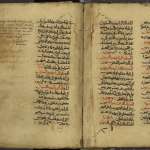 The Guide to the State Archives in Zadar

The Guide to the Archives of Zadar Diocese

Archival records to be used on Wednesday afternoons should be ordered the same day untill 14:00h.

The Reading room of the Archives of Zadar Diocese is open from 8:00 to 14:30h on working days.

The Reading room of the Collection Center of Novalja is open from 8:00 to 14:30h on working days.

The Collection office of Novalja receives visitors from 8:30 to 14:00h on working days.